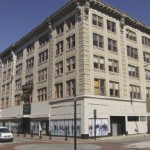 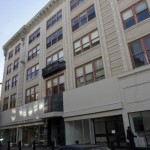 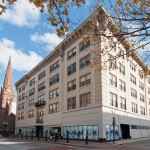 An opportunity to make your mark on Providence with this currently raw ‘build to suit’ space with further potential for additional space in full height basement.

Leasing spring 2015 the Kinsley building space has potential for various schemes including: two restaurant uses, office and retail, all on the ground floor.

In addition to being near to PPAC Theater, Johnson and Wales, Westminster Lofts, and Hotel Providence, 44 units of rental housing being built above with plenty of parking in adjacent lots.

The renaissance city of Providence is a cultural and economic hub in the state of Rhode Island. The development and re-ignition of the state’s capital is seen most prominently in its city center neighborhood, locally known as Downcity.

Brick paved Westminster Street is lined with independent, boutique retail, food and beverage locations that make up this urban neighborhood. Supported and enhanced by In Downcity the community hosts block parties, an open air Summer movies series, art installtions and seasonal events bringing both local and national visitors to this urban bohemian enclave.

In addition to its distinctive and vibrant personality the city also possesses five universities: Brown University, Rhode Island School of Design, Providence College, Rhode Island College and Johnson and Wales University; three exceptional theaters: Providence Performing Arts Center, Trinity Repertory Company and The Vets; plus an engaged and diverse community of young professionals, Providence as the third most populous city in New England, is an excellent destination for a new business, relocation or expansion of your brand.