The Providence Journal had an article this weekend about living downtown: Downtown Providence now a place to work, play and live

City dwellers taste nine of ENO’s rosés on the rooftop of the Peerless building, while margaritas refresh couples dancing the salsa at the Providence Marriott.

All of this — plus the final gallery night of the Providence Polaroid Project, a pop-up business in vacant office space on Westminster — happens as diners eat at more than 80 restaurants, cafés and pubs in the capital city.

And all the attractions are so close that people who live downtown can walk to nearly everywhere.
The neighborhood, not including the Jewelry District, almost doubled in population between 2000 and 2010 — from 2,678 people to 4,569. At least six buildings have been renovated into mixed-use developments and apartments since 2010, and they are practically full.

Projects such as those planned at The Foundry, the Kinsley Building, and even the Industrial Trust Building at 111 Westminster (aka the Superman Building), are needed to support a strong and comprehensive economic-development strategy. 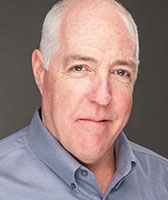